Margaret Bourke-White and the Dawn of Apartheid 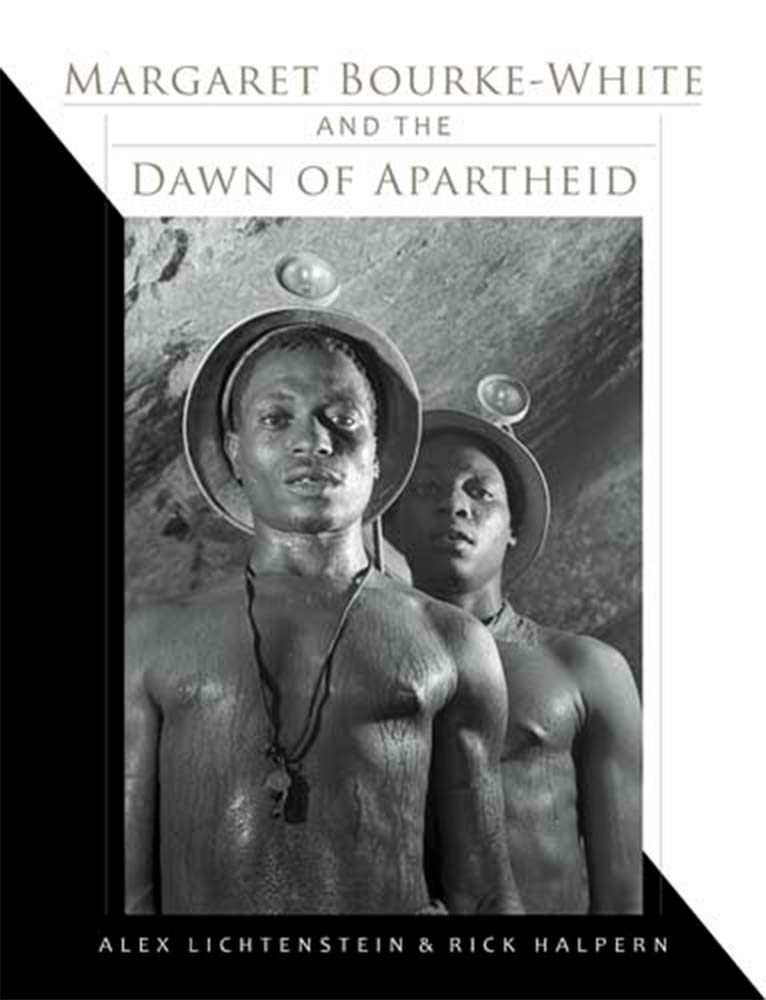 As a photographer for Life and Fortune magazines, Margaret Bourke-White traveled to Russia in the 1930s, photographed the Nazi takeover of Czechoslovakia in 1938, and recorded the liberation of Buchenwald at the end of WWII. In 1949, Life sent her to South Africa to take photographs in a country that was becoming racially polarized by white minority rule. Life published two photo-essays highlighting Bourke-White’s photographs, but much of her South African work remained unpublished until now. Here, these stunning photographs collected by Alex Lichtenstein and Rick Halpern offer an unparalleled visual record of white domination in South Africa during the early days of apartheid. In addition to these powerful and historically significant photographs, Lichtenstein and Halpern include two essays that explore Bourke-White's artistic and political formation and provide background material about the cultural, political, and economic circumstances that produced the rise and triumph of Afrikaner nationalism in South Africa. This richly illustrated book brings to light a large body of photography from a major American photographer and offers a compelling history of a reprehensible system of racial conflict and social control that Bourke-White took such pains to document.