The Ahmadiyya in the Gold Coast: Muslim Cosmopolitans in the British Empire 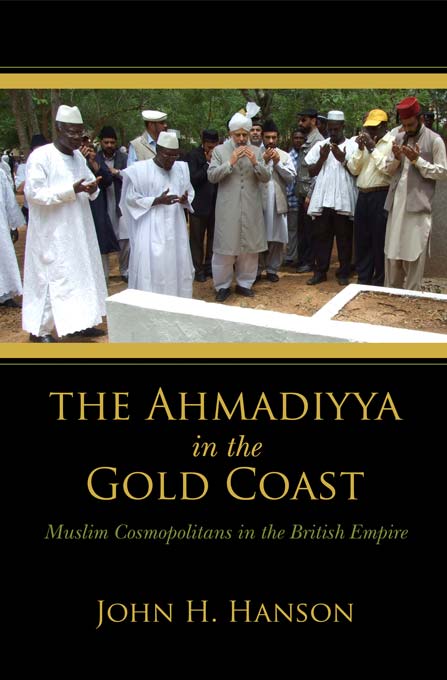 The Ahmadiyya Muslim Community, a global movement with more than half a million Ghanaian members, runs an extensive network of English-language schools and medical facilities in Ghana today. Founded in South Asia in 1889, the Ahmadiyya arrived in Ghana when a small coastal community invited an Ahmadiyya missionary to visit in 1921. Why did this invitation arise and how did the Ahmadiyya become such a vibrant religious community? John H. Hanson places the early history of the Ahmadiyya into the religious and cultural transformations of the British Gold Coast (colonial Ghana). Beginning with accounts of the visions of the African Methodist Binyameen Sam, Hanson reveals how Sam established a Muslim community in a coastal context dominated by indigenous expressions and Christian missions. Hanson also illuminates the Islamic networks that connected this small Muslim community through London to British India. African Ahmadi Muslims, working with a few South Asian Ahmadiyya missionaries, spread the Ahmadiyya’s theological message and educational ethos with zeal and effectiveness. This is a global story of religious engagement, modernity, and cultural transformations arising at the dawn of independence.